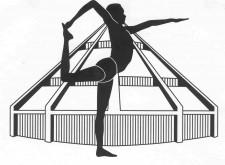 Located in Liverpool city centre in the Georgian Quarter, The Liverpool Iyengar Yoga Studio is a dedicated centre to the teaching of yoga as developed by Indian yoga expert B.K.S. Iyengar, who practiced and taught yoga for more than eighty years.

B.K.S Iyengar celebrated his 95th birthday in December 2013 and sadly passed away on 20th August 2014. His most popular book LIGHT ON YOGA has been translated into many languages and is known worldwide. His teaching is often referred to as ''Iyengar Yoga''.

The Yoga Studio has now opened for face to face classes.*
All weekday classes have resumed except for Wedneday evening class which will continue on Zoom. See times below. All classes must be booked in advance as numbers are limited for social distancing.

These classes are for people who have previously attended classes in person at the Yoga Studio or who have experience of Yoga Classes with Iyengar Yoga teacher/s and are familiar with the Iyengar method.

Studio Classes    *(for those who have had their vaccinatons)

Please contact the Yoga studio to join this class. info@yoga-studio.co.uk 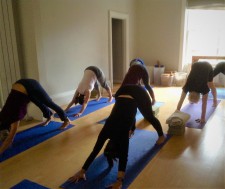 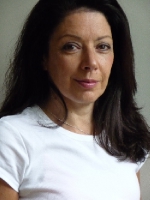 ABOUT THE  YOGA STUDIO  The Liverpool Iyengar Yoga Studio holds Iyengar yoga classes for all levels of ability to include beginners, experienced students and teachers.

THE DIRECTOR The Liverpool Iyengar Yoga Studio (formerly located at 31 Mathew Street)  is owned and managed by Judi Soffa. She has a Senior Intermediate Level 1, Iyengar Yoga Teacher Certificate. Judi has over thirty years teaching experience. She initially trained in London, moved to Liverpool and acquired her teaching qualification with the Manchester and District Iyengar Yoga Centre before opening the first Yoga Studio in Liverpool in 1985.

Judi has studied on least sixteen occasions since 1982, for one to two month periods, directly at the Pune, (India) based Ramanani Iyengar Yoga Institute, with the world renowned yoga expert BKS lyengar. She attended his special intensives and also the local classes with his daughter Geeta lyengar. Judi is a teacher training assessor for lyengar Yoga (UK). She was also a former member of  the  Ethics and Certification Committee for the UK national Iyengar Yoga organisation and currently serves on the editorial board for the Iyengar Yoga News magazine.
There are also three other qualified Iyengar Yoga Teachers also taking classes at the Yoga Studio.

All the teachers at the yoga Studio are certificated to teach with permission from The RIYMI, The Ramamani Iyengar Yoga Memorial Institute, (RIYMI) Pune INDIA 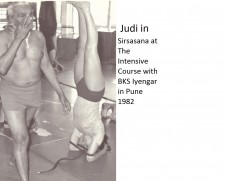 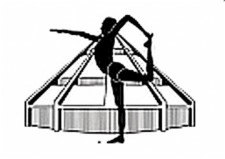 THE IYENGAR YOGA CERIFICATION MARK Used with permission of BKS Iyengar.
Issued by the Iyengar Yoga Association (UK), only yoga teachers with this mark can legally teach Iyengar Yoga, it ensures that the teacher is a genuine Iyengar Yoga Teachers and the public is assured of  safe teaching.

All the teachers at the Studio have had rigorous training; a minimum of three years of attendance at Iyengar classes followed by a two year teacher training course and examination followed by continuous professional development. Most of the teachers have over twenty years teaching experience.They are a professional team trained in assisting and helping individuals in their yoga classes